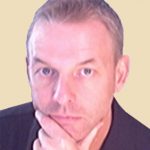 Bradley F. Cowan is an Electrical Engineer who worked as a consultant on a variety of civilian and classified military projects including the Seawolf attack submarine, the FA-18 fighter aircraft, global positioning satellites, Sparrow missile, and others.

It did not take long for Mr. Cowan to apply his studies of engineering, psychology, and physics to financial markets and to permanently retire from engineering in his early 30’s.

In September 1993 Mr. Cowan published the first of his books Four-Dimensional Stock Market Structures and Cycles. This work represented some of the discoveries he made in his early 20s and which he had been successfully using for years in his personal trading. In 1995 Mr. Cowan published two additional books, Market Science Volumes I and II, which expanded the concepts presented in his first book and applied them to the soybean market. The Rare Writings of W D Gann is another Books which contains some of the most valuable WD Gann Courses ever written by the father of technical analysis.

In December 2009 he released his first new book in 15 years, Pentagonal Time Cycle Theory, introducing a new method of applying the pentagram to forecast time cycles.

The 198 pages of this book contains some of the most valuable WD Gann Courses ever written by the father of technical analysis. It contains his secret technical analysis methods applicable to the stock and commodities markets that were once known only to a handful of people.  During the 1930’s these same WD Gann trading courses sold for thousands of dollars. It makes a fine addition to any trader’s library.

Contents of this Course include:

There are no reviews yet.